The Best Spec Porsche 911 We Have Ever Stocked

Porsche Specialist
Share
Have you ever seen a car quite like this? This isn't just any old Porsche 997, this is a 997.2, with PDK, and over £35,000 worth of optional extras. That's about a Porsche Boxster worth of additional spec. 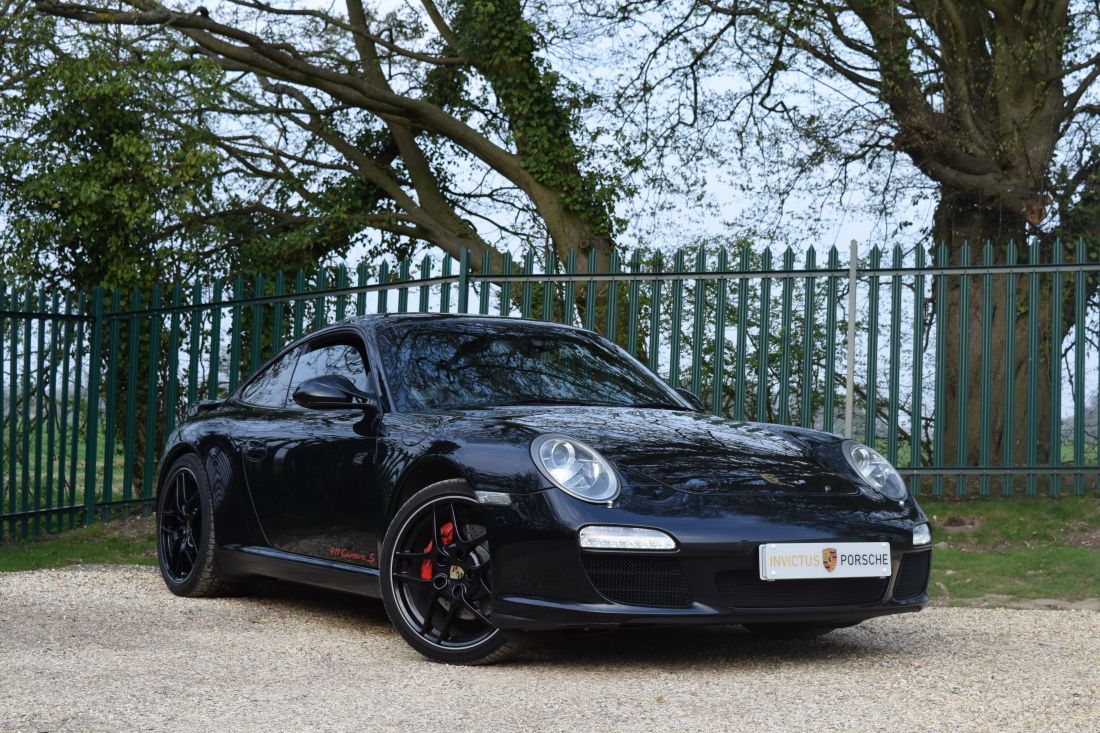 Where do we begin on this car? Perhaps on the outside. Business as usual on the exterior, Basalt Black Metallic, a colour that's very popular among the Porsche community, as well as the facelift Carrera S wheels, which are also in Basalt Black, except for the lip, which is silver just to give the wheels a bit of a smarter look, and meaning the car doesn't end up a characterless black blob. 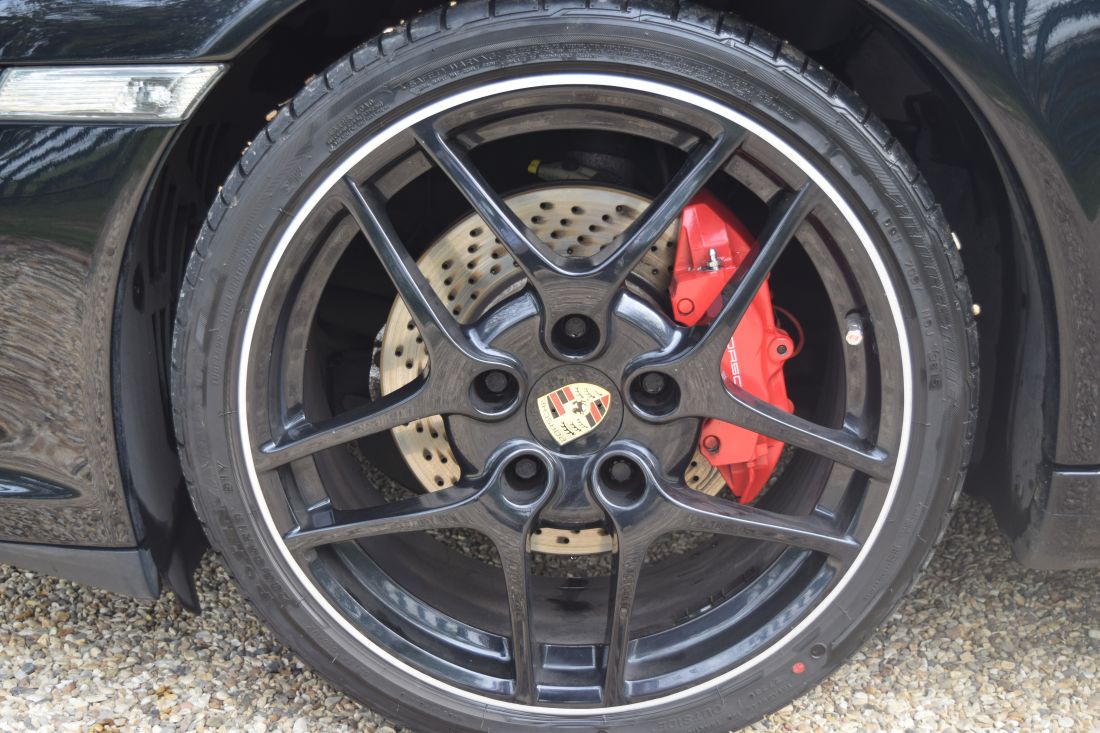 Another smart little touch on this car is the doors are sporting a red Carrera S decal on both sides. Some may think this is a tacky boy-racer addition, but in my personal opinion, I think it contrasts the red brake calipers nicely and helps break up the black of the car. Naturally, if you wasn't a fan of these, we are more than happy to remove these while you wait, it is something we have done before with another car. 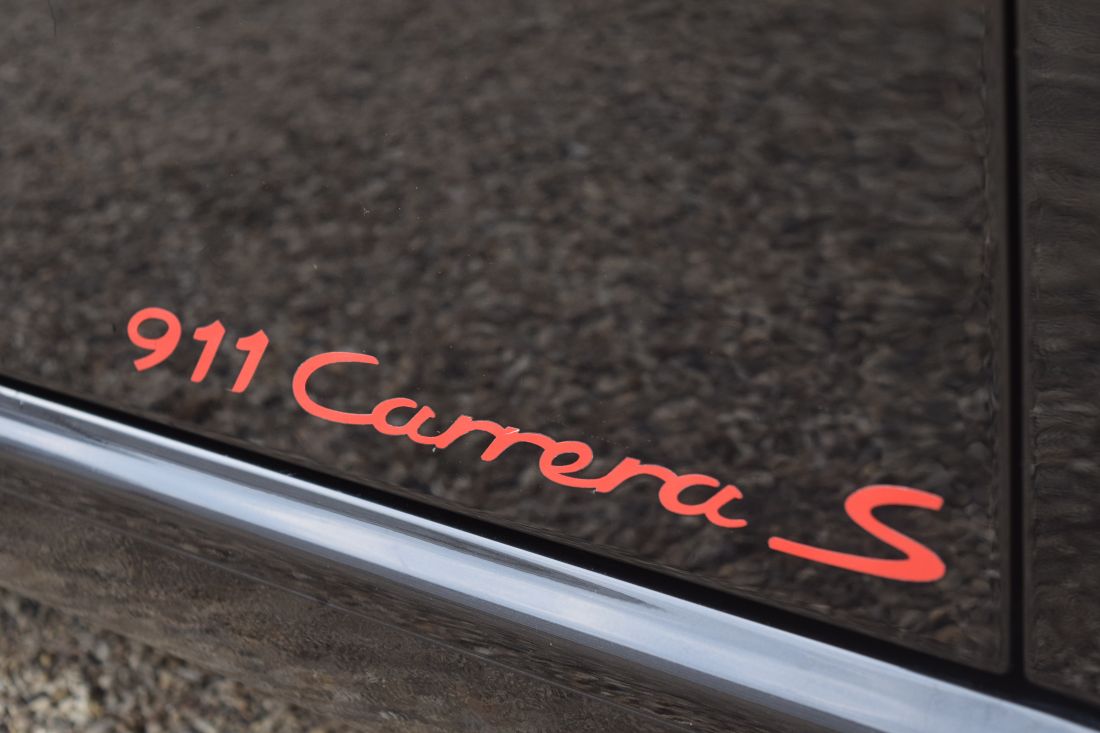 Coming round to the front, you have the Xenon lights. In the United Kingdom, there is a law that all cars fitted from factory with Xenon lights require headlamp washers as well, meaning you can always see where you're going at night. Being a 997 it has the round headlights, which many argue is an improvement over the "Fried-Egg" headlamps of the previous generation 996. 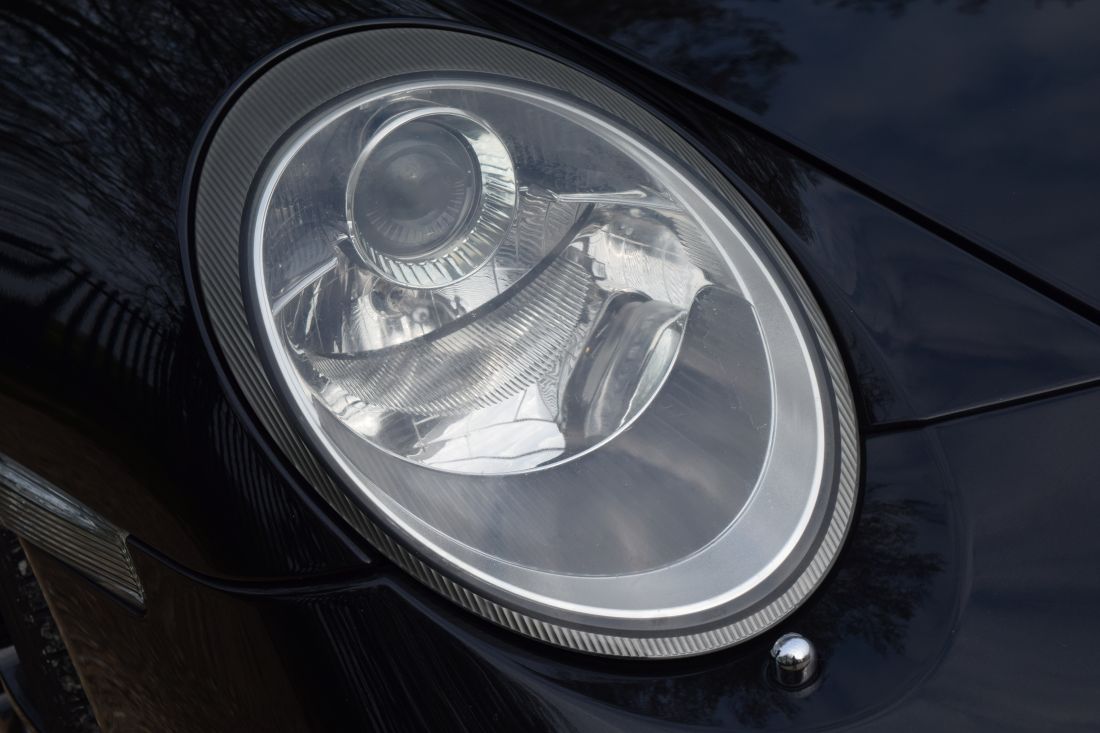 At the front of the car we also have the benefit of the lovely ZunSport Grilles, which help protect the air-conditioning condensers at the front of the car. Whether this was a mere oversight from Porsche or a way of making money by engineering flaws is a story for another day, but either way, for the sake of £236.96 for a 997.2, if ordered directly from ZunSport, they're a worthwhile investment. We would be more than happy to fit these or any similar grilles to whatever Porsche you buy. Just let us know what your needs are and we are more than happy to accommodate you! 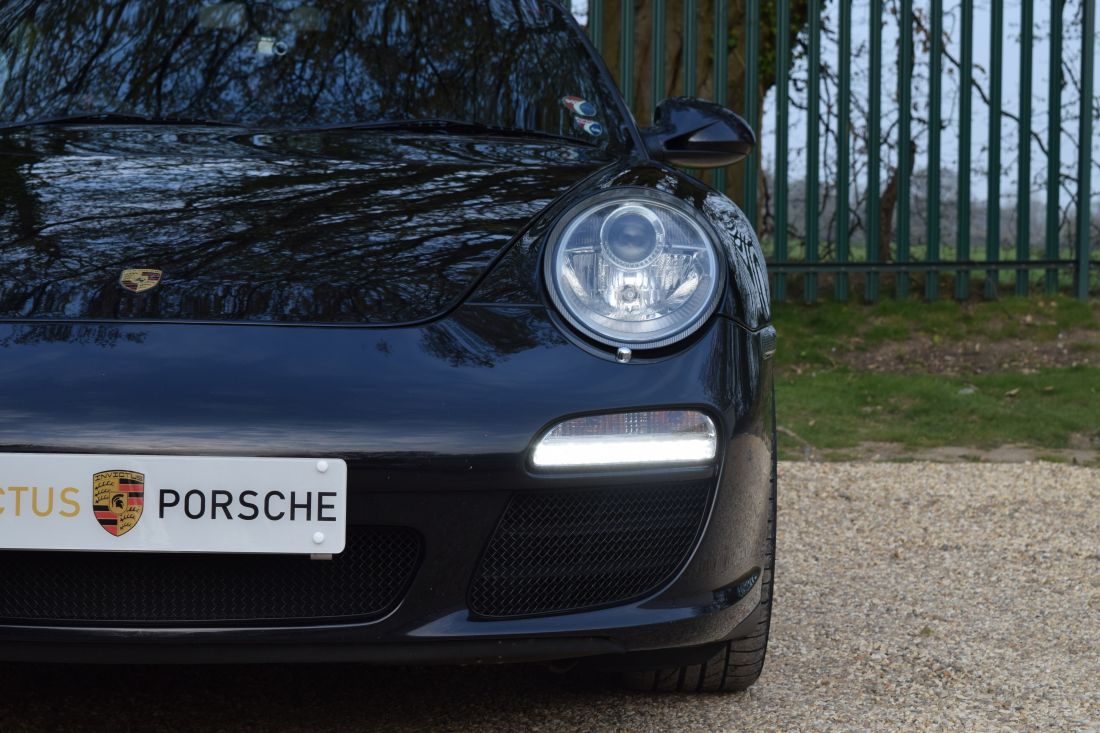 The back of the car is blessed with something we have never seen before on a 911 we have had in stock, and that is the Euro Cup Style Fixed Rear Spoiler. This is an item which takes inspiration from the iconic GT2 line of 911s, which for those who don't know, is in essence a 911 Turbo that's been stripped out, the engine has been poked with a stick, and the front driveshafts and differential have been put in the bin. It is by far the craziest 911 on sale, a guaranteed future classic, and this wing pays tribute to that model very nicely. 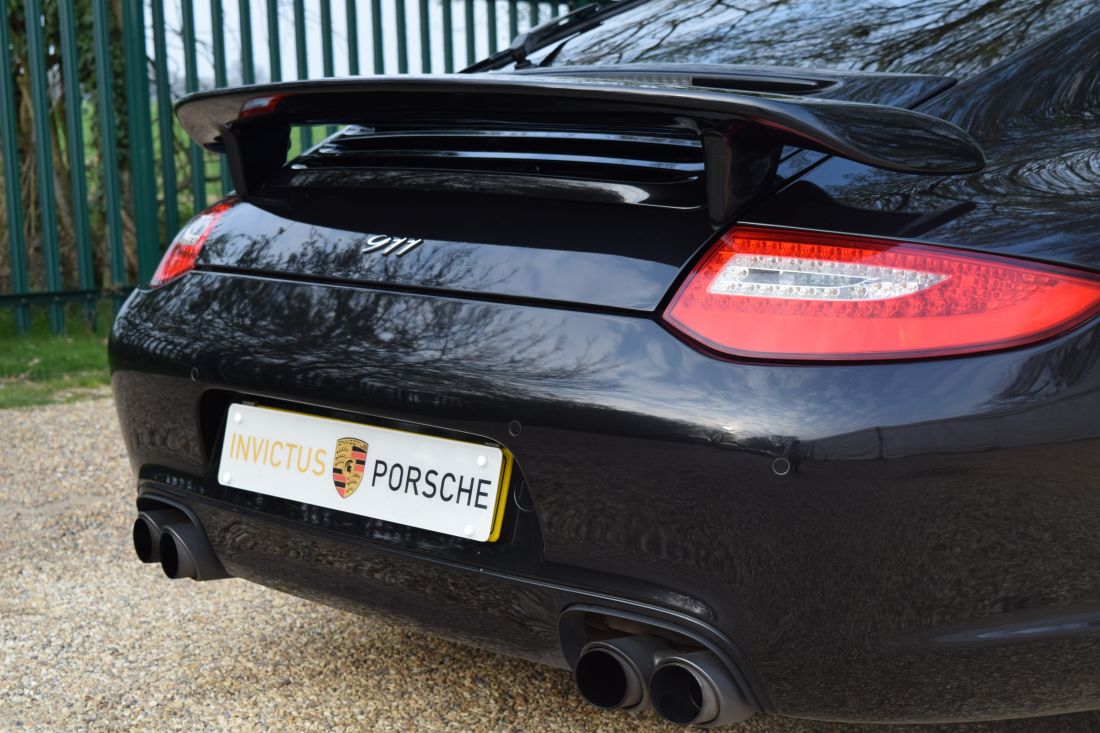 It can be the little things that make or break a car, and for me, the nice little touch of the simplified badging works so well on this car. Rather than rubbing in your face that this is a Carrera S, it merely just says "911". Sometimes, you don't need to explain yourself,

"B-b-but its a Carrera S! Its got more power than standard and comes as standard with..."

You don't need to info-dump about why the car is special, sometimes just saying it's a 911 is all you need to do. 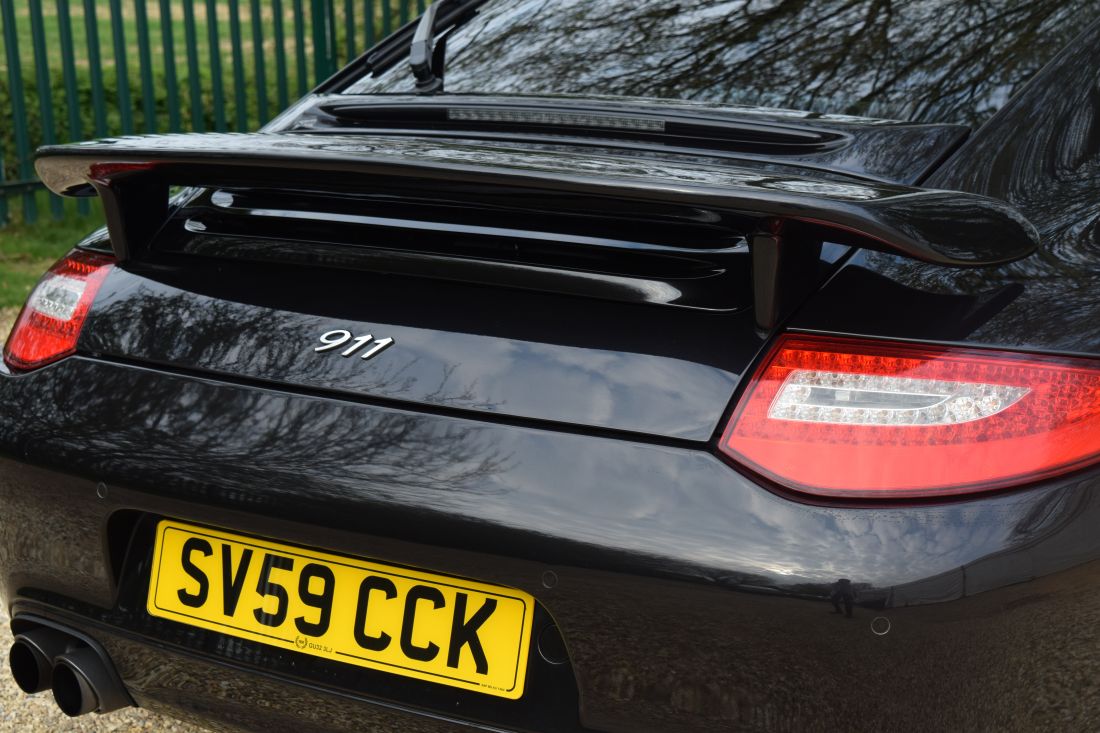 The pièce de résistance of this car's exterior has to be the inclusion of PSE. PSE? That's Porsche Sports Exhaust. What this does is gives you a button inside the car that when pressed, a pair of valves open up, making the exhaust more free-flowing and giving you the best sound you can from Porsche's Flat-6. The best thing about this is actually the noise you can hear when the valves open and close. You don't just get a little orange light on the button when you turn on PSE, oh no sir! You can hear these valves open up, there a proper mechanical noise as the valves open, the kind of noise where you know things are at work. It honestly makes the car feel more like a machine, like 1,000s of moving parts all working in harmony, doing stuff, even celebrating the fact this is a machine, unlike some cars which try to hide it. 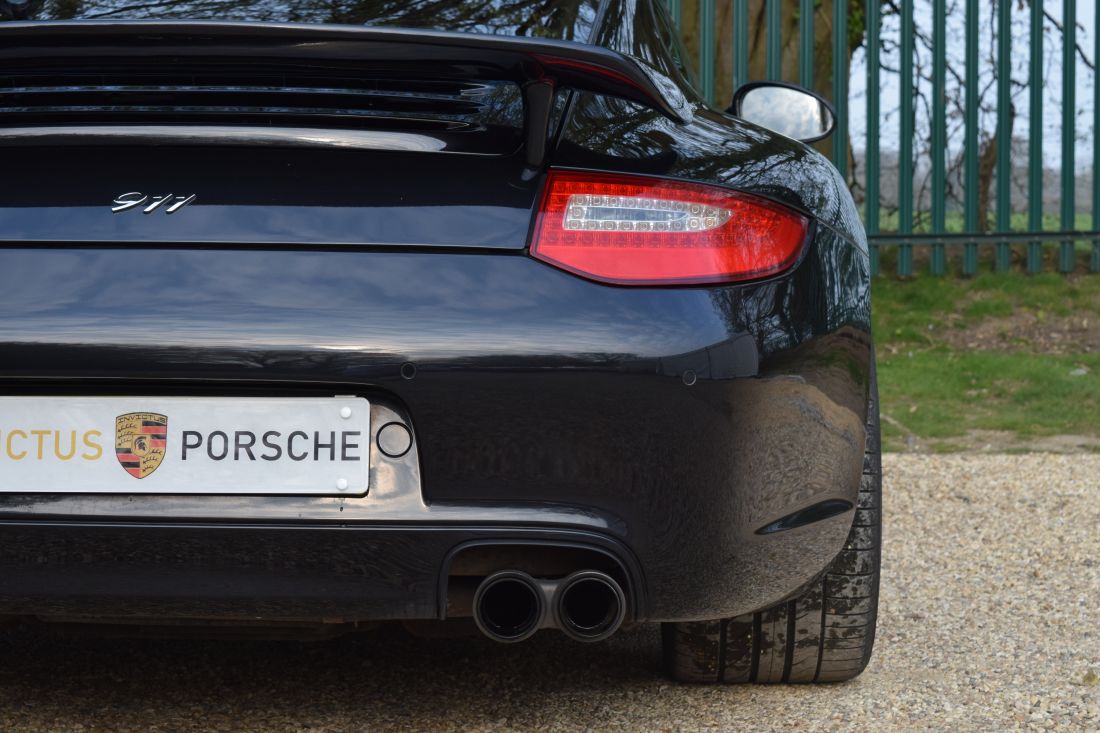 Let's not stall another second longer and step inside the car. Have you ever wondered where the world's production of Alcantara and Carbon Fibre went? Well look inside this car and that will answer your question. You cannot look anywhere in this car without seeing one or the other, the steering wheel is Alcantara, the headlining, and the glove-box. The door cards, cup holder panel, gear selector and handbrake handle are all wearing a layer of Carbon Fibre too. What isn't made of these two materials, is made of leather. From the front of the dashboard all the way back is all leather. It really gives the car a really premium feeling, something that all Porsches do, whether its a 3 year old 991, or a 23 year old 996. To top it all off, you even have Piano Black on the centre-console, which really finishes off this Smorgasbord of materials. 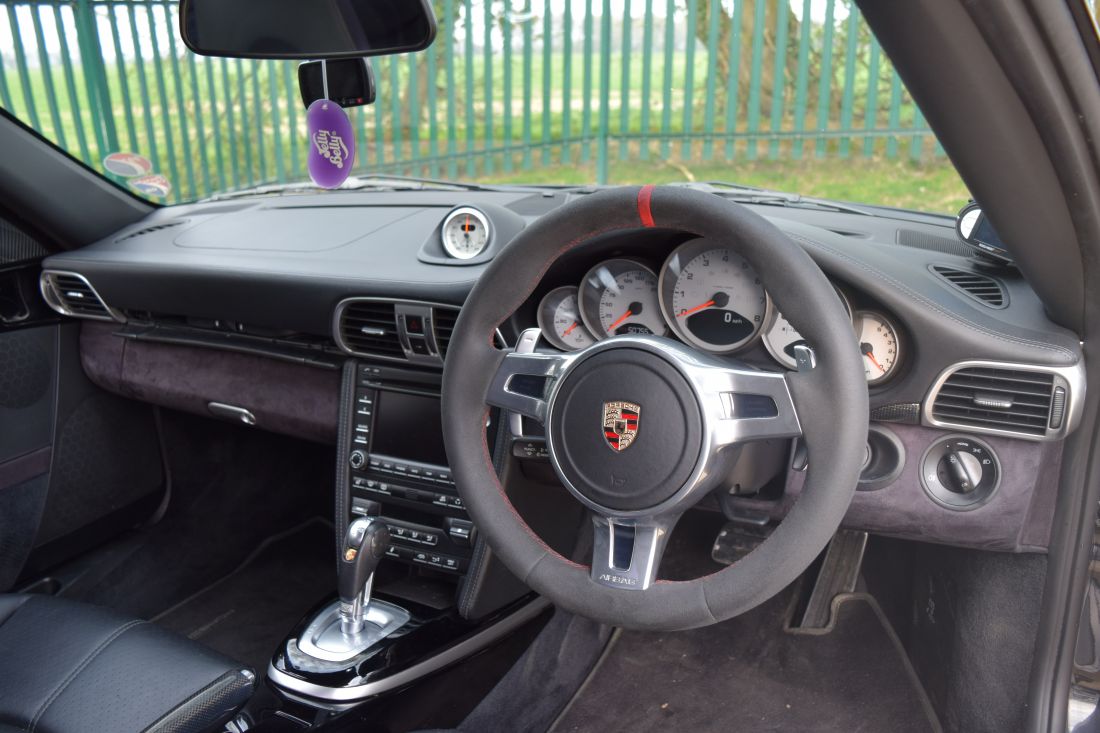 This car is also blessed with the Sports Chrono Plus package. Contrary to popular belief, this is not only the stopwatch. You also get the sport button. This will give the car improved throttle response, firms up the steering and gives the engine a slight remap. You don't get any more power from this, but the power delivery is changed. Since the car also has PDK, otherwise known as the Doppelkupplungsgetriebe, you get a bonus button, Sport+. With regular Sport mode, the PDK gearbox will shift later than normal to give you better acceleration, but in Sport+, the car goes into overdrive. The PDK will not only hold the gear until the redline, but you also get quicker shift times, meaning your 0-62 time with Sport+ enabled is actually 0.2 seconds faster than without. It's also worth considering that the PDK is capable of shifting faster than any human being. A PDK in Sport+ vs a manual transmission is actually 0.4 seconds faster. 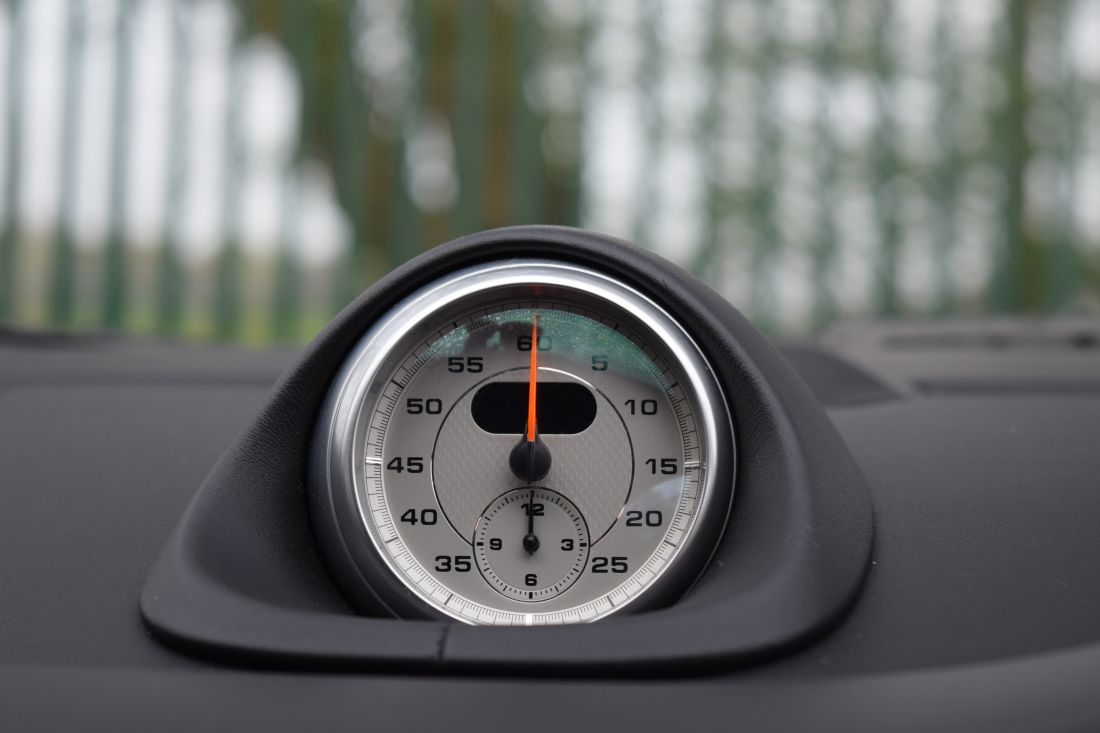 One of the things we have never seen before on a car we've had in stock is the Porsche Fire Extinguisher. This is a small red canister in front of the passenger seat. It gives the car a more track-focused, serious feeling just being in the presence of it. Its not an expensive option, but should the worst happen, its better have it not need it than need it not have it. 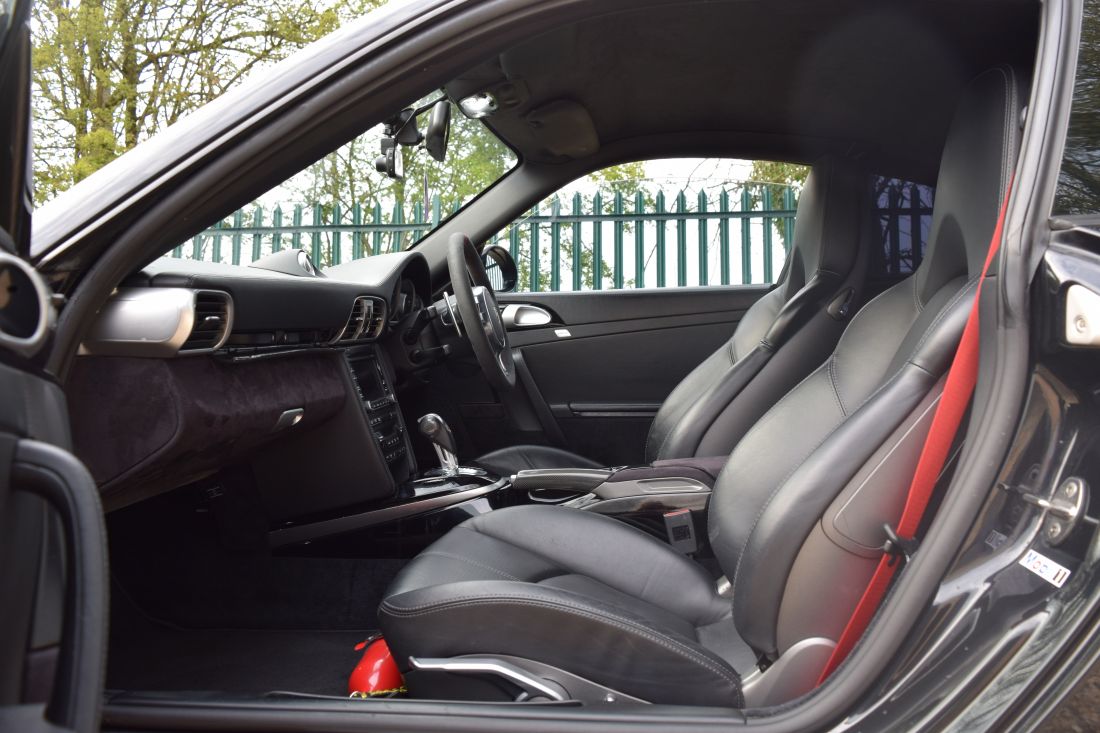 Stepping back outside the car, this vehicle also has a few upgrades to make it a bit more special. Don't worry, its not got a remap or coilovers or anything questionable like that. Its all upgrades to the braking system. Goodridge Stainless Steel Brake Lines Front and Rear, EBC Red Stuff Brake Pads Front and Rear, and Competition DOT5 Brake Fluid. All of these together means this 911 slows and stops better than any normal 911. The pads, for example, will shave off, on average, 13 metres from the stopping distance of conventional cars from 100mph, making the car not only faster round a track, since you can brake later, but safer too since you will stop sooner should someone walk out into the road or pull out in front of you.
Not that you should be doing that speed on the public roads anyway... 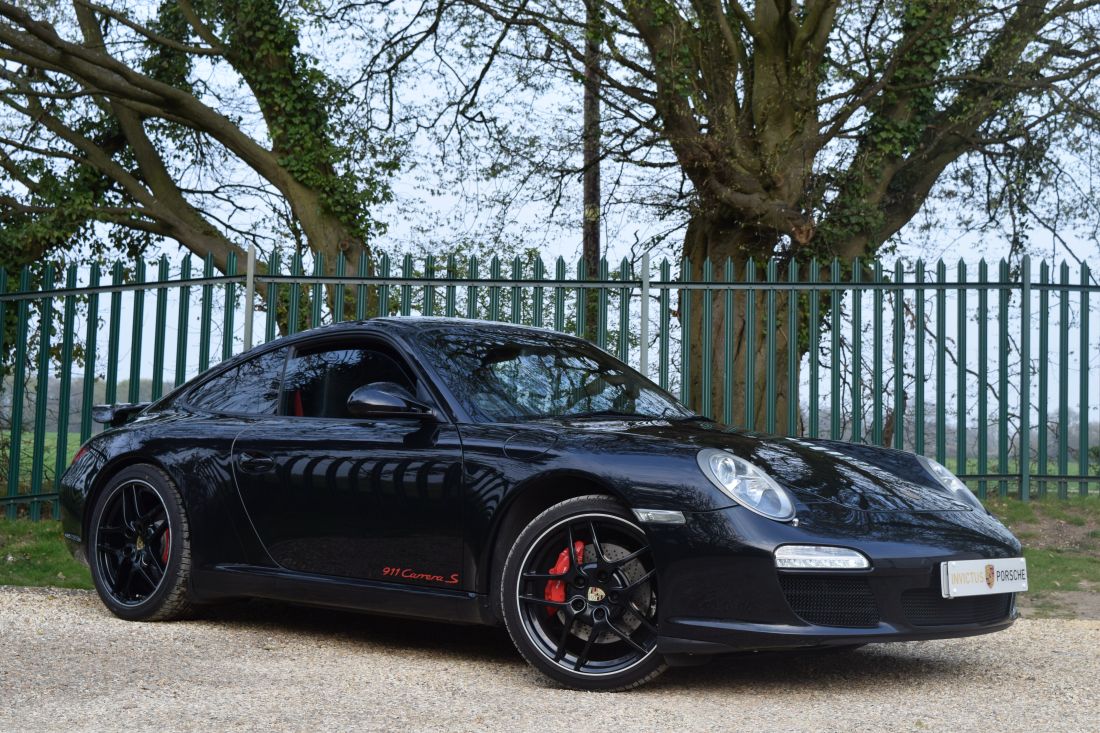 All in all, this is undoubtedly an outstanding spec on a 911, and if you are in the market for one, you should defiantly snap this one up before someone else does. It is currently advertised on our website for £44,995, which considering the car has £35,000 of spec, you are getting a lot of car for the money.
Below is a video review of this 911. Please also like and subscribe to our YouTube Channel!